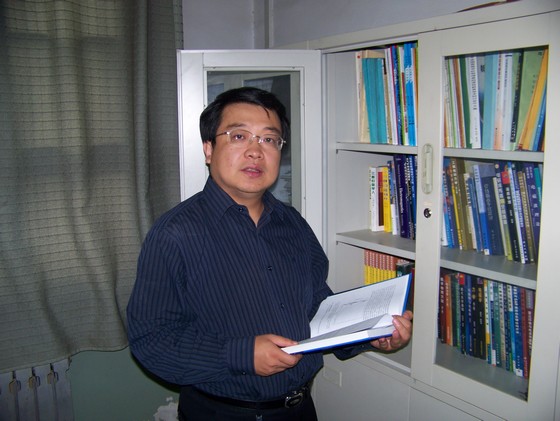 Guo Lixin, was born in Sept.1968, in Xi'an, Shaanxi Province, China. He attended Shaanxi Normal University, China, in 1986, where he received B.S. degree in physics in 1990. He specialized in radio science, received the M.S. degree from Xidian University, China, in 1993. He received the Ph.D. degree in astrometry from Shaanxi Astronomical Observatory, China, in 1999. From 2001 to 2002, he was a Visiting Scholar at the School of Electrical Engineering and Computer Science, Kyungpook National University, Daegu, Korea. He has also been a Visiting Professor at d’Energetique des Systemes et Precedes (LESP), University of Rouen, Mont-Saint-Aignan, France, and Faculty of Engineering and Physical Sciences, University of Manchester, Manchester, U.K. Since 1993, he has been with Xidian University where he is currently a Professor and Head of the School of Physics and Optoelectronic Engineering, Xidian University, China. He also serves as director of Ph.D. student. He was the recipient of the National Science Fund for Distinguished Young Scholars in 2012, and a Distinguished Professor of Changjiang Scholars Program in 2014. He has been a Chief Professor of Innovative Research Team in Shaanxi Province, China, since 2014. He has authored and coauthored 4 books and more than 360 papers have been published in the international conference and journals at home or abroad in recent years, of many papers have been cited and index