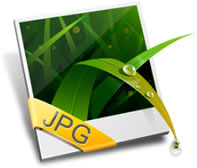 HongyingLiu   is an associate professor at the School of Artificial Intelligence (AI), and is also with the Key Laboratory of Intelligent Perception and Image Understanding of Ministry of Education, Xidian University, China. She received her B.E. and M.S. degrees in Computer Science and Technology from Xi’An University of Technology, China, in 2006 and 2009, respectively. She received her Ph.D. in Engineering from Waseda University, Japan in 2012. She was promoted as an associate professor in Xidian University in 2016. In addition, she is a member of IEEE computer society, and China Society of Image and Graphics. Her major research interests include video processing, machine learning, computer vision, etc. Recently, she has published more than 50 papers on top journals and conferences, such as IEEE Transactions on Pattern Analysis and Machine Intelligence (TPAMI), IEEE Transactions on Neural Networks and Learning Systems (TNNLS), IEEE Transactions on Knowledge and Data Engineering (TKDE), and IEEE Journal of Selected Topics in Signal Processing. She has over 20 patents for invention, and she won the best paper award for 2019 IEEE International Conference on Data Mining (ICDM) Workshop, and the Google Anita Borg Memorial Scholarship Asia in 2012. She is leading projects as the PI, funded by the National Natural Science Foundation of China, and participated in the National High Technology Research and Development Program of China.