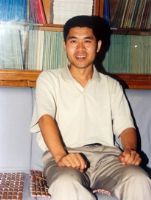 He is currently a Professor with the School of Computer Science and Electronic Engineering, University of Essex, UK. From 1994 to 2000, he was with the National Laboratory of Parallel Processing and Computing, National University of Defence Science and Technology, China, Hong Kong Polytechnic University, Hong Kong, the German National Research Centre for Information Technology (now Fraunhofer-Gesellschaft, Germany), and the University of Manchester Institute of Science and Technology, Manchester, U.K. He holds two patents and is the author of many research publications. His main research interests include evolutionary computation, optimization, neural networks, data analysis, and their applications.